Conducting M&A without a Dedicated Team 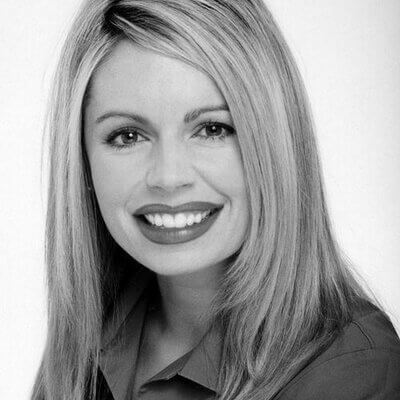 Alexi Venneri
Co-Founder and CEO of Digital Air Strike
By:

How effective would an M&A process be without a dedicated team? Often, people will be distracted by their day jobs and are very susceptible to burnout. This is why serial acquirers tend to have dedicated M&A teams in their organizations. However, Alexi Venneri, Founder, and CEO of Digital Air Strike, conducts frequent M&A deals without a dedicated team. According to her, it might be better. Continue reading as Alexi shares her experience and processes through the entire lifecycle of the deal.

“Life is too short to work with people you don’t like or aren’t as open as I’d like them to be.” - Alexi Venneri

For a company that runs M&A transactions without a dedicated team, Alexi finds that it tends to have better ownership. As previously part of an internal M&A team, she has witnessed firsthand the lack of attachment of the deal team to the transaction. Instead, the deal team usually focuses on closing the deal and hands it off to another team while looking for their next venture.

In Digital Air Strike, without a dedicated team, they tend to be more attached to the deal and have a vested interest to see it through to the end. Also, they don’t like to do deals after deals. Instead, they want to execute well and ensure that the previous acquisition is completely done before they consider doing another one.

Their process starts with their CFO. If there is any process with NDA, it goes straight to their CFO. His job is to check for any anomaly or anything weird in the financials of the target company.

The next step is for the COO or head of product strategy to assess the target company’s product and see what they’re doing. Then, they use social media and press releases to track the target for updates and look for any red flags.

If everything goes well, they assess anything complimentary about the target that could make them appealing.

Before they put on an offer for any transaction, Alexi makes sure that she talks to the founder or CEO one-on-one. She focuses on the people and the target company’s culture and wants to know what kind of people she will be working with. It is imperative for her to like the people she’s working alongside.

Also, they tend to offer equity as part of their offer. This is why she heavily educates the target company on what their company is all about. She is very transparent very early on because she doesn’t like reaching an LOI and spending months and months on due diligence before finding out that they aren’t compatible with the target company.

When it comes to confirmatory diligence, they divide and conquer. Alexi’s executive team knows what they should be looking for because they have excellent team alignment. As the CEO, she acts as the air traffic controller looking at the deal from the very top level and only steps in when her team detects red flags.

They’ll set up the data room and ask the target CEO to sign off on those documents. They have a pretty standard checklist of questions for every deal.

For their strong team alignment, it is all attributed to the core value of their organization; Think like an owner. All of their employees have stock options, which means the more the company grows, the more money they will be making. They do quarterly meetings with new employees to discuss this matter to ensure that they completely understand what their stock option means. This is what ultimately drives everyone else to make the acquisition much more successful.

Being very transparent from the get-go, Alexi approaches customers the same way. Before getting the deal done, they are already preparing communications and are planning to approach the largest customers first. Then, within 24 hours of closing the deal, they make sure to fly out to meet that customer.

Next, they do press releases and talk to the media to let other companies know that this deal has been done.

You do not need to have a dedicated M&A team to execute successful deals. Not having a dedicated M&A team has its pros and cons, but what’s even more important is that it works for your company. Air Strike is happy with its M&A process and is not seeking to build an M&A team anytime soon.