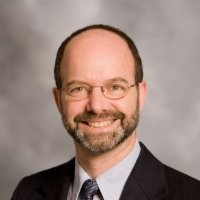 John DeRusso
Director of Acquisition Integration at Cisco
By:

Acquisitions can fail due to failed strategy or failure in execution. While no one can predict the future regarding market changes, an acquiring company can control how they execute integrating the acquired company—showing us what successful integration looks like is John DeRusso, Senior Director, Corporate Development Integration at Cisco.

Once the deal moves forward, early integration planning is crucial. You need to constantly test your assumptions and learn things relevant to the risk of the deal. The main question that you need to answer is how you would integrate the company post-close.

According to John, helping people through the change is the hardest part of the integration. People are usually hesitant to change and will need help before seeing the positive in the acquisition. Empathy is key to retaining these employees. Putting yourself in their shoes will help you communicate better with them. Just remember that they did not choose to be in this position and are most likely wondering what the future holds for them.

They have very aggressive communication that starts way before the deal is announced. They work closely with the leadership of the target company and orient them about the plans post-close. They arm them with knowledge, information, and insight to lead their people through this transition.

How much you integrate entirely depends on what you are after. The rule of thumb is that you can integrate as much as you want without destroying the company's value. You need to find that balance between getting your synergy without harming the company you just acquired. This is what the governance body is for. They are there to figure out where the line is drawn since it has representatives from both sides of the party.

"Speed is good, but not faster than you should. Only go as fast as the overall picture allows you to" - John DeRusso

Generally speaking, you should integrate as fast as you can. The longer you work through integration, the more people can be resilient to change. Just make sure you don't destroy value in the process.