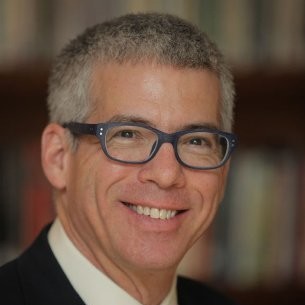 While other people feel the need to eliminate surprises, Joseph Feldman thinks otherwise. He says we should be prepared for surprises, not eliminate them. He is a corporate development, acquisitions, and growth strategy consultant who helps middle-market companies with their acquisitions. We discussed how you could identify diligence surprises to increase the success of your M&A transactions.

"Checklists are useful as a starting point, but they can also give you a false sense of security." - Joseph Feldman

Many people rely on diligence checklists. While that is a good starting point, it does not contain the places where surprises are most prominent, such as things related to organizational fit, culture, or potential changes that might occur with customers or suppliers.

According to Joseph, we need to go beyond the checklist and think outside the box. The best way to do this is to start the integration planning when the acquisition campaign begins.

Integration planning should include multiple scenarios of the things you have no control over, like employee retention. Key people may always leave the company, and you need to have backup plans if they do leave.

Thinking Outside the Box

Customer retention is one of the most critical risks that an acquirer should prepare for. If a major customer leaves the target company post-close, its value wouldn't be the same. According to Joseph, one of the most successful pre-closing activities that he's seen is role-playing.

Have the executives play the part of a major customer critical to the success of the company you are acquiring. Prepare different scenarios of how the customer will react to the acquisition post-close so that when the time comes, you are well versed in the conversation.

"Be humble. Take it one step at a time. Don't be so ambitious that you're biting off more than you can chew and be prepared to under-promise and over-deliver." - Joseph Feldman

Certain deals are more susceptible to risks than others. International deals are one of them and are certainly at the top of the list. It involves things that acquirers might not have encountered before, such as different languages, laws, and different contractual traditions or habits.

People-intensive service businesses are also riskier because the value is tied up to people. Many things can happen as their assets go home every night and can leave the company anytime they want.

Lastly, companies that have a high degree of customer or supplier concentration are extremely risky. Once their major customer/supplier leaves or decides to cut their transactions in half, their value remarkably diminishes.