Kison interviews Mike DeVita, Business Value Advisor at Salesforce, about how to assess value realization, what is it, how it works, the steps, and the common challenges. Mike has an impressive career history, previously serving as Salesforce's Success Strategy Lead and prior to that as Director of M&A Integration at Walgreens. 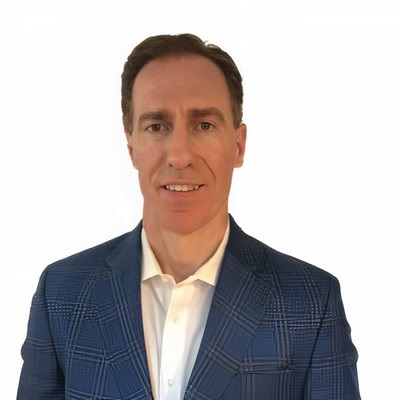 23 Aug
with
Michael DeVita
Or Listen On:

"Overlooking the need for organizational commitment is the single biggest mistake that I've seen made. It's also why most deals fail to deliver the value they seek." - Michael DeVita

"Overlooking the need for organizational commitment is the single biggest mistake that I've seen made and why most deals fail to deliver the value they seek." - Michael Devita.

Michael dives deep on how they make integration successful, the right people who need to be involved in the process, how to measure deal success, and the lessons he's learned along the way. 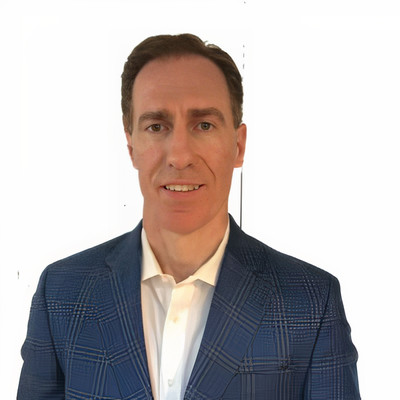 ‍Text Version of the Interview

Integration needs to start, and folks responsible for it should get involved as early as possible. I also think the tent should be as wide as necessary to make a successful deal.

We need to ensure that we're not tied to a number but tied to necessary expertise, building the tent, and who's involved.

Let the deal model guide your decision, not the decision guide your model. This is more relevant than the valuation phase. I've seen it happen a number of times where someone involved in the decision-making process just has to have an acquisition.

It's really more than just having an integration plan and ensuring that the plan is adequately represented in the deal model. Because in many cases, that affects the go, no go decision.

Is there a connection between planning and validating your model?

Material items related to integration need to be accounted for in that deal model explicitly. There are always tons of things that folks from the business don't think are important, but that's just because of their role.

Which brings me to the other point that maybe the tent doesn't have everyone who's necessary in it.

It's often not the folks who own the P&L of an area or areas into which the acquired business or businesses will be integrated.

It's often the folks that operate those businesses. So maybe that level, or just below that Exec title, and the exact numbers will vary based upon the composition, the org structure, So that operator persona at a senior level are really the folks you want to make sure to get involved.

Also, the folks who own those functions, operations, and the way things are currently organized. Because we're going to bring this acquired business in there, will things operate the same?

If it is, those people should be pretty easy to identify. That's something different, and you're revamping how you're doing things; the individuals may change.

It's essentially making sure that everyone has a really good understanding of the integration strategy. And those folks need to make sure the right people are in the room when it comes to diligence.

Checkpoints when Backing Out of a Deal?

It's not easy. We've got to consider what walking away looks like upfront.

Or maybe the opposite way; what does a deal require? Make sure there's agreement upon that before we get into any of the other specifics.

And hopefully, when you're signing a letter of intent, you have that in mind and it's hopefully discussed and then explicitly documented what that looks like.

There's always a deal at the right price. It really comes down to making sure you've got agreed-upon guidelines for what we'll do a deal at and what we won't and then can stick to that.

So it's easier to stick to it when it's already documented. So you're not overtaken by the emotion of it. And at the end of the day, it comes down to integrity.

Dealing with Sellers who Wants Confidentiality

You need to be aligned, there's uniform integrity throughout all parties, and everyone's above board. And however big the tent is, there's information sharing.

That is a perfect foundation, even if you don't own as much as you would like, but at the end of the day, you really got to put the financial fiduciary hat on, but you're really accountable to those folks. So it's a matter of not succumbing to the romance of doing that deal.

Make sure you have proper legal coverage, non-disclosure agreements, and the like for those parties who are. So you're at least covered from a legal standpoint, and then go ahead and do it.

It's competitive today even if you had those conditions, but certainly, if there's not full disclosure, then I think you've got to question whether the deal is worth doing

Insufficient attention paid to creating an organizational commitment to making the deal successful is probably the biggest hurdle.

To paint a picture, you had an excellent diligence process, you're very confident in your model. And then you're extracting certainly at least a fair share of the total deal value generated.

If the integration folks haven't been involved, then there's a better chance they will not be committed to it.

And that lack of organizational commitment is the single biggest mistake that I've seen made and why most deals fail to deliver the value they seek.

We also have to analyze the people affected by the deal.

So all those things play a role in determining the level of organizational commitment.

What other problems do we come across in integration?

One of the things my pet peeves about is a lack of an agreed-upon measure of success. If we don't agree upon how we're going to measure success, and it's not just the profitability or some established financial statement measure, it's literally about how you build that up.

So inevitably, if you are truly integrating something that's acquired, then determining its impact in isolation is inherently difficult.

So in other words, your overarching goal works against measuring in isolation. So that's just a known M&A dilemma.

But what you can do is to establish what those measures are going to be. Make them as simple as possible. Make them directionally representative and then communicate it so everybody's on the same page.

If you don't establish that upfront and it's every man for themselves, you know how we can all manipulate numbers to get to where we want to go.

I tend to think of things in financial terms. So in many cases, it's dollars and cents, but of course, those are the lagging indicators. There are some leading that are probably more qualitative around organizational design and structure.

So in other words, you need to agree on a baseline book of business, agreeing on a baseline level of costs, and then assigning some factor for considering the impact of the overall trend in costs or growth made by that acquired piece of business.

How to Improve Integration?

Creating dedicated resources in a large organization is one of the best ways to help ensure you're going to realize the deal's value.

If you've got folks who are dedicated across the deal continuum, from diligence to integration, they get to know your business.

What you have here with dedicated resources is that you get tribal knowledge of doing a deal and being around long-term for integration.

So you'll have a team that would be involved in traditional M&A functions. It's certainly the front end of the deal continuum before you get to integration.

Hire against 40% of the deal flow. It's better to err on the side of having a little bit too few people than risk having to lose people. I can always supplement my needs with a service provider.

So you've got that in a core team. And then, as you mentioned, it doesn't have to be every function, but think about those that have the largest impact.

What's your role in Salesforce?

I'm a business value advisor. So essentially, I help our customers identify and realize the value they receive from their investment in our platform.

So what we'd like to do is get an understanding of what your strategic goals are. We help our customers identify the relationship between their overall goals and some indicators that we can help drive that have an impact on whether or not they achieve those goals.

Can it be applied to M&A?

Absolutely. There's no doubt about it. So when I talk to a customer about what your strategic values are or strategic objectives are?

You will probably have both organic and inorganic goals among them, even for your growth. And you've probably got maybe other organizational goals that are not as rigorous quantitatively, but M&A certainly can fit into that.

The biggest challenge is establishing measurement mechanisms with customers. So first, the customer needs to agree upon what measures are really good indicators of value.

And if you can establish powerful leading indicators, most folks who deal in these things realize that if you provide yourself with a really powerful tool to affect the outcome.

So if you see an indicator trending in a way that's not favorable, you have some time before the rubber has met the road in order to make sure that you can course-correct to try to achieve your objective.

But the only way you can do that is if you're actually measuring it and the more rigorously you're measuring your indicators, the better.

It's better to have it well-understood, well-communicated, and something that you can track easily enough as an indicator rather than something that's absolutely perfect.

How are you getting Data?

It really depends on first what those strategic goals are. And then what those indicators might be in many cases in the context of Salesforce and other technology companies, data can be had strictly from the platform itself.

Well, the same can be said about enterprises with enterprise software. It's filled in by the partner and the customer to make a commitment, to really leverage that functionality to be able to provide those measures.

And that's part of what we do in business value to make sure the customer understands the potential.

If you're talking about an acquired asset with a different culture, either you want to adopt that culture in your existing organization or vice versa, or maybe something new, you can't overestimate that.

And since it's a little less easy to objectively measure, It's still a big hurdle that most organizations face, but that's the real nut to crack.

How Do You View Culture?

I always come back to what are the strategic objectives of this deal?

Join 2,000+ forward-thinking M&A practitioners and get weekly updates about our upcoming webinars, podcasts and events!
Subscribe for free
Thank you! Your submission has been received!
Oops! Something went wrong while submitting the form.
Products
AcademyDealRoomFirmRoomPlays
Resources
PodcastsInterviewsM&A TemplatesJobs BoardNewsletterEbooks
Company
About M&A ScienceRecruitContact UsBecome a SponsorAlumni NetworkInstructorsPrivacy PolicyTerms of Use
Join 2,000+ forward-thinking M&A practitioners
Subscribe for free

Copyright 2022 M&A Science Inc.
Join our M&A community
Get weekly updates about our upcoming podcasts, webinars and events!
Thank you! Your submission has been received!
Oops! Something went wrong while submitting the form.