Vamsi Maddipatla, the founder and president of LAXAI discusses his sell-side experience, how to wisely choose investments and post-deal integration. 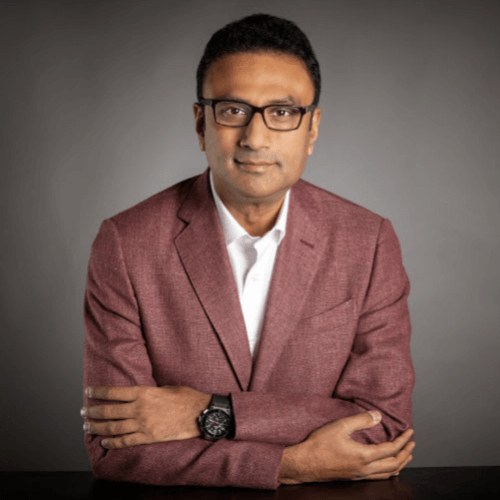 15 Sep
with
Vamsi Maddipatla
Or Listen On:

“Never underestimate anything.” It’s impossible to know 100% of the business when you first do a transaction. You will always deal with unknowns."

Vamsi shares the biggest lessons he learned from sell side m&a transactions, and what he did differently during buy side deals.

Previously, Maddipatla worked at notable companies such as Deloitte, Pfizer, and Merrill Lynch. And it was in 2005 that he started his own company that focused on data compliance for the pharmaceutical industry. In this podcast, Maddipatla discusses his sell side experience, how to wisely choose investments, and post-deal integration.

Maddipatla originally earned an undergraduate degree in instrumentation and electronics. Upon graduation, he landed his first job as a management consultant trainee at Deloitte Touche Tohmatsu Limited.

After just over a year, he moved to the United States to pursue a master’s degree in computer science. Post-graduation, he obtained a position at Pfizer integrating systems. He eventually moved onto working on Wall Street with Merrill Lynch.

While he was content in his career, he debated starting a business of his own. This passion surfaced in 2005 when he began a company that focused on data compliance for the pharmaceutical industry and provided technical support to clinical trials and submissions to the FDA.

Maddipatla enjoyed building the company but wasn’t entirely satisfied. “I like to build companies, but I do like change,” he remarked in the interview. This lead to him selling the company on the public market in 2010.

Maddipatla always had an interest in companies in the clinical space. From 2007 to 2011, he invested in a failing drug discovery in India. In 2011, he jumped in control and restructured it. Shortly after, he moved to India to experiment and test some ideas that he had in doing infrastructure.

Acquiring Clinovo (how found and why chose over others)

Since his previous ventures in the pharmaceutical industry, Maddipatla craved returning to the sect. One day, an investment banker reached out to him with what seemed to be a perfect fit: Clinovo. Clinovo is a company dedicated to “sourcing and placing top clinical research professionals across a multitude of diverse opportunities.”

Clinovo’s clean fundamentals and good player base made the investment increasingly attractive, unlike the other opportunities that carried too much debt and harsh histories. Additionally, Maddipatla liked that Clinovo’s focus was on clinical research.

While it was smaller and a little more expensive than the other six companies he debated purchasing, he found more value in having a better client base and gleaning more profitability in the long term versus size.

Due diligence process as a buyer

Maddipatla and his team broke due diligence down into three areas: legal structure, business, and financial. The legal piece investigated the company's past. Business due diligence was concerned with learning about the customer base, customer retention, and overall profitability.

Financial built on the findings from business. During financial due diligence, they first looked at the books, and then the company at a macro level. All of these stages helped the team decide whether it would be an asset purchase agreement or company sale.

Overall, they found Clinova had a clean past and good operating standards.

Issues that came up during the due diligence process

Despite a company’s overall good standing, due diligence almost inevitably uncovers red flags. The first regarded the target’s contracts; about 60% of them expired in December. Attending to this, they had to take a calculated risk to see some of them would extend.

Second, all of the services that they sold to them in the product business were lumped together. Maddipatla and his team had to segregate all of the financials, which took a lot of time and legwork.

Working with the investment banker

Maddipatla commended their investment banker for creating a data rule that actually cut their diligence time by 60-70%. On the sell side, they took the time to actually investigate the company themselves before presenting it to the buyer. The financial records that Maddipatla received were straightforward and somewhat audited.

Maddipatla felt that having a middleman played a key role in negotiating the structure of the deal. Like any contract or legal agreement, their ultimate goal was to reach a balance where both parties can walk away satisfied.

Interaction with seller prior to closing

The seller himself was incredibly cooperative throughout the entire sell-side M&A process. While there were a few hiccups throughout the process, which are bound to happen in any deal, they were nothing more than minor.

Otherwise, he was prompt in providing data when requested and willing to make necessary concessions in order to reach a fair agreement.

Depending on the deal, the challenges that arise from integration can range from minor to devastating. Several arose for Maddipatla and his team.

First, the company’s finance team was only going to be there for three months after the deal. This turned into hours spent trying to understand Clinovo’s processes and translating them into their own.

Second, the team introduced more technologies to the company, which required time, training, and naturally, some headaches along the way.

Difficulties with personnel also tend to coincide with every deal; it’s natural to feel uneasy or nervous in the midst of new management and several changes. Maddipatla leveraged one key concept to earn the trust of staff: communication.

Quality communication was critical in motivating, inspiring, and uniting employees and new management under the organization’s goals.

Some of the most valuable takeaways from executing a deal is the pure experience and lessons learned. For Maddipatla and his team, they underestimated the effort and bandwidth that is required to run the business. Adapting to this was a hurdle, but Maddipatla feels that they currently have a good handle on it.

From this experience, Maddipatla realized the necessity of never underestimating anything. It’s critical to be a bit pessimistic and create a buffer for the imminent unknowns that arise.

Lessons from the sell-side

Maddipatla gleaned two key lessons from his past experiences on the sell-side.

1. First, never leave too much money on the table and try to still maintain some type of control.

2. Second, he would question more about the investor’s post-integration plans, such as funding and strategic goals.

What’s on the horizon

Maddipatla and his team have assets in the pharmaceutical drug discovery space. Looking ahead, they are planning on doing more licensing deals and developing assets in the oncology space.

Join 2,000+ forward-thinking M&A practitioners and get weekly updates about our upcoming webinars, podcasts and events!
Subscribe for free
Thank you! Your submission has been received!
Oops! Something went wrong while submitting the form.
Products
AcademyDealRoomFirmRoomPlays
Resources
PodcastsInterviewsM&A TemplatesJobs BoardNewsletterEbooks
Company
About M&A ScienceContact UsBecome a SponsorAlumni NetworkInstructorsPrivacy PolicyTerms of Use
Join 2,000+ forward-thinking M&A practitioners
Subscribe for free