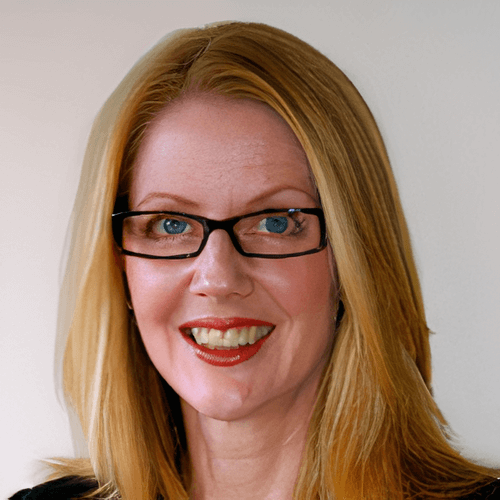 18 Mar
with
Karen Isely
Or Listen On:

Karen is an M&A specialist and the founder of Isely Associates International, an Australian-based global consulting business providing M&A advisory services to organizations growing by merger, acquisition or other similar business transactions. She brings experience as an HR professional, business leader and management consultant to every engagement and has contributed to nearly 150 deals, in-house as well as for corporate and private equity clients.

This episode focuses on Karen’s research regarding how leadership is a predictor of people experience, and how people experience can lead to meeting, or failing to meet, deal objectives. She gives tips for both employees and executive leaders to find a balance that gets the deal done successfully and allows for all sides to have a positive experience while doing so. Karen also goes over the three different qualities leaders should have in order to facilitate successful deals. You can download a copy of her full research report here. 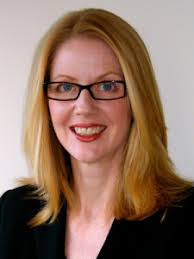 We can start this episode with a brief background on yourself.

After finishing a business school, I joined the US multinational where my work was related to the HR sector of mergers and acquisitions globally. I was part of global M&A practice for Mercer in New York and Australia, until about 10 years ago when I started my own business, that I'm in now.

You’ve recently published a really interesting paper on leadership. Can you summarize what you’ve learned from all this research you’ve done?

These odds go up to twenty-three times more likely when we cut the data to look at only deals where objectives were fully met or exceeded, compared to deals that did not meet the objectives at all or destroyed value.

e have found that people experiences are three times more likely to be positive when leadership is not seen as a challenge in a deal.

Can you elaborate, what is the positive experience in this case?

Only a handful declined to answer that, so everyone felt like they could predict or speculate how the majority of people would have been feeling in the circumstance of the deal.

Armed with responses to did the deal meet its stated objective and what was the experience for the majority of people impacted by the deal, we were able to use regression analysis to determine to what extent the deal outcome can be predicted by people experience.

Can you define M&A leadership effectiveness and describe how it impacts the deal’s outcome?

I would say that M&A leadership effectiveness is really about how successfully people can exercise their personal influence in order to coordinate the efforts of others in order to achieve whatever the deal objectives are.

Recent research shows that business leaders’ collective mindset and how leaders show up, the words that they chose, and how people react to them is absolutely going to have an impact on deal outcomes.

In your research, you mentioned some specific attributes that M&A leaders need. Can we go over them and explain why?

There are three areas of M&A leadership that are critical for effectiveness, one is deliberate, two is influential and three is galvanizing.

When I say deliberate M&A leadership, this is early in the game where M&A leaders assess, prioritize, and make investments to prepare their organization for what is about to happen to them, so the first feature of M&A leaders needs to be a deliberate focus.

When it comes to the second one, influential M&A leaders are those who are fabulous role models, confident, and a motivational force for their teams. The third type of M&A leadership is about galvanizing a team and the organization to move forward and this is about getting everyone focused, making decisions, directing activity, it is about testing, and adapting.

If you had to pick one attribute that an M&A leader absolutely needs above all others, what would it be?

What do you think is lacking in leadership training that’s causing it to become a top issue for closing M&A deals?

I think it’s more actually about development, rather than training because when training people, there is a lot of focus on what to do. That is essential, but in comparison to that, there is a little focus on how to be. The part that actually makes any plan or checklist of things to do work is how people show up.

It is about confidence in a personal situation, commitment to relationships, the ability to do what you say you are going to do, and be a great role model. The company is in a much better position if they have leaders that actually understand their personal impact on others and the link between that and deal outcome.

How do you train somebody in that area?

It doesn’t happen overnight. With time we get better at things, better at handling ourselves, we learn, make mistakes, we change how we interact with people and how we get along with them.

The challenge here is how do you accelerate that so you can have a better chance of people and leaders themselves having a more positive experience. The trick to that is starting early.

What are some of the things leaders can do to improve employee experience during M&A?

One of the things they can do is to not be afraid of the emotion they are going to experience. This kind of change brings a lot of stuff for a lot of people, so if you want to improve the employee experience you really need to lean into what is going on for them and not ignore what is uncomfortable.

I am curious if you have any thoughts about ways to encourage empathy and make leaders more conscious about it?

When you are getting leaders ready and doing leadership development to help them show up as a better leader all the time you can do some training on how it actually works in a deal situation. You need to build that in, in a sense, and have in mind that empathy and personal awareness always go hand in hand. ‍

On the other side, what can employees do to help leadership understand where they may be lacking?

Give your leadership the benefit of the doubt and don’t assume the worst, and the reason I am saying this is that the empathy we just mentioned goes both ways. This sets up a situation where leaders can be open to feedback that they need to hear, which will help them improve and do a better job to bring employees along.

The leader has to make an environment where their team feels safe to bring things up and the employees need to raise a little courage to be able to give the feedback where it’s needed.

How do you get the companies and their executive leadership to understand that?

There is nothing like a failed deal to capture the attention of senior leaders. In my business now, without size and scope, I always look for organizations that have done at least one and they know what’s going on. There is nothing better than experience and being burned once to teach and leadership even shows up as a top issue mentioned in that research I did.

In my view, an emotional injury and breaking someone’s spirit is still an injury at the workplace, so no one should put their people in a position of stress. Some of the larger serial acquirers are getting better at this, however, 60 to 70 percent of deals fail to achieve stated objective.

I think we could talk more about M&A fundamentals because it is interesting how you laid them out between clarity, execution, and capability.

When I first did the research we talked about and got the results, I dug deeper into what is it that actually drives the people experience, that drives the deal outcome, and from that came the three fundamentals. We found that, like leadership, clarity is also a predictor of deal outcomes.

When I say clarity, I am talking about two things. The first one is clarity of purpose for the business, which is business as usual, business purpose, outcome, strategy, and how we work in the environment that we are in. Then, as a natural extension of that comes what is the deal rationale and expected outcome.

In the end, the execution is execution, which is all of it getting done.

Where does leadership’s level of experience fall into this?

The more deal experienced, the better because every deal is different. If you had a deal done to you before you lead through a deal, you are going to have a lot more empathy, because you have been there as an employee previously.

Among challenges and problems in M&A, what sticks out to me the most is underestimating the time, complexity, and cost of getting human beings to do what needs to be done.

This is true for any project or any major change that happens. In a deal scenario, because of the heightened emotions, the degree of difficulty just goes up, and when that happens, the time stretches out or the stakes are higher.

One of the requirements of your deal is to meet certain objectives and that requires certain people to be available and still with the firm, so you don’t want a turnover of the people that you really need. You also don’t want to lose clients.

The return that you expect on the investment that you are making in this deal goes into jeopardy as soon as the timeline starts creeping out.

What are the top tips that you would emphasize for anybody that wants to improve leadership in their next M&A transaction?

Invest early in M&A leadership development opportunities for senior staff, which includes work on business cultural differences. Prepare leaders to sponsor complex change, so they can skillfully lead their people through it. Ensure that leaders are experienced, visible, and involved, with the capability to effectively remove barriers to deal objectives.

From day one, have only one leader per division, because not knowing who to follow can be a real challenge. Also, move swiftly to shift out any executives that are not aligned with the future culture.

How would you position why any of this matters?

If an organization doesn’t have these M&A fundamentals covered, it’s an uphill battle to create value from their deals. And interestingly, when objectives are met in spite of ineffective practices, usually this is at the expense of people in some form. The best M&A practitioners get that leading an M&A program isn’t about ticking the boxes.

Thank you for taking the time to explore the world of M&A with our podcast.

If you like our podcast please support us by leaving a five-star review and sharing it.

M&A Science is sponsored by DealRoom, a project management solution for mergers and acquisitions.

See you next time!

Join 2,000+ forward-thinking M&A practitioners and get weekly updates about our upcoming webinars, podcasts and events!
Subscribe for free
Thank you! Your submission has been received!
Oops! Something went wrong while submitting the form.
Products
AcademyDealRoomFirmRoomPlays
Resources
PodcastsInterviewsM&A TemplatesJobs BoardNewsletter
Company
About M&A ScienceContact UsBecome a SponsorAlumni NetworkInstructorsPrivacy PolicyTerms of Use
Join 2,000+ forward-thinking M&A practitioners
Subscribe for free