How Atlassian Negotiates a Term Sheet 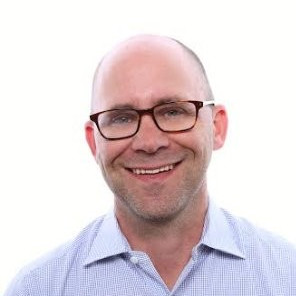 Chris Hecht
Head of Corporate Development at Atlassian
By:

How Atlassian Negotiates a Term Sheet

Term sheets are what often set the tone for an entire M&A transaction. Most of the time, companies are having trouble agreeing with the term sheet and are spending a lot of time negotiating. With the help of Chris Hecht, Head of Corporate Development at Atlassian, we will discuss how Atlassian negotiates a term sheet and why did they open source their recent term sheet.

"In negotiations, they show your true color" - Chris Hecht

Transparency is the number one ingredient for a term sheet's success, which is why Chris and Atlassian published their recent term sheet publicly. They annotated the entire term sheet to close that gap between the knowledge of an M&A practitioner and an entrepreneur on a legal document.

It also serves as a stance that they don't plan to negotiate more, making the entire process more efficient. The more transparent you are, the more comfortable the seller would be, the faster you can finish the deal.

While you are trying to make the seller as comfortable as possible, you also need to be comfortable as the buyer. You need to protect yourself from possible risks that may occur during the deal. This is why Chris puts an indemnification clause and fraud clause around their term sheets.

"Indemnification is a mechanism by which we de-risk the transaction on our behalf. The seller will be responsible for their company before we buy it. Anything that happens that provides a risk to us, we will have the opportunity to go back and claim those dollars." - Chris Hecht

Sellers are usually concerned with their employees too. It's good practice to put retentive mechanisms in your term sheet. Especially if you want the management team to join your company, you have to have an incentive program. But if you have plans on cutting off some of the employees, it's best to be upfront with it.

Watch out for Red Flags

Not all deals go smoothly. Sometimes, there are shady sellers that you need to watch out for. Some sellers are suspiciously focused on the small things that aren't supposed to matter. For instance, a seller that is highly focused on your fraud clause and is negotiating against it is a huge red flag. It shouldn't matter unless he is expecting that you would catch something fraudulent.

You need to balance having a good lawyer and not losing sight of the deal rationale. While you are protecting yourself, make sure that you argue for the things that matter in the deal. Don't get caught up with the noise and the little things that can ruin the deal.

"If you can't get alignment from a valuation perspective, it's not worth pursuing a deal." - Chris Hecht

From Chris' experience, once they have agreed on valuation, they almost always get the deal done. Except for those sellers that are a bit shady and are showing red flags. But aside from that, the purchase price is one of the biggest considerations for closing a deal. Ensure that both parties are aligned in getting what they want so the deal can be a lot smoother.

Negotiating a term sheet can be difficult if both parties are not aligned on the things that really matter in a deal. But if both parties are transparent in what they want and are willing to discuss it upfront, the negotiations will be a lot smoother, and the deal will be faster. Just watch out for red flags and protect yourself in case things go sideways.

How to Negotiate a Term Sheet

Learn how to negotiate a term sheet with Chris Hecht, Head of Corporate Development at Atlassian.